Many of you know that I sold my beloved CYJ last week and started down a new path for wheeling. I've reached the point in life where I wanted something more comfortable to wheel and really wanted to drive a Jeep around town again. Also wanted to do some scenic stuff and have a trip to Silverton planned later this year. A friend made me a good deal on a fairly well built 2007 JK Rubicon and so it begins. It has 61,000 miles, a 3.5" Full Traction lift and sporting 35" BFGs for now. Also has a Ripp Supercharger, Kilby On Board Air plumbed front and rear, and a few other goodies. One thing I'll be removing this weekend is a 13 gallon auxiliary gas tank that is filled through the regular gas cap with a separate gauge and transfer pump. Cool idea and great for extra miles, but I don't need that kind of range.

Short term plans are upgrading to 37s and improving the ride a bit. Future plans include adding the Tera CRD60 I picked up from Davy, and then upgrading the front axle at some time. Way future is to transplant a 5.3 into it for better power and mpg. I don't want a power house, just something that can get me down the road at 80 without struggling.

Registered User · From Arm Utah
Is there anything besides wheeling?

Getting ready for EJS and finally pulled the trigger on a solid mounted dual band radio to compliment my 20th CB technology. I also had to change out a faulty Cobra junction box so that I'll have the required working CB to be a volunteer at Safari. Both are in and working. I just need to find another place to mount a mic.

The registration for the Jeep is due at the end of March and it was throwing a new code I hadn't seen before. I had it diagnosed and it was a bank 2, downstream O2 sensor. Once I knew where to look it wasn't hard to spot the problem. Luckily they make an extension loom so that I can heat shield it a bit better, route it a bit different, and keep the new one from melting together. There's not a lot of options where this needs to run.

DEI and a few others make a great slip on foil heat sheild insulation in a tube design that might help there as well.

So I've been toying with solutions to a couple of problems I've been having with the Jeep and EJS helped me figure out some remedies. I'm so happy my wife tolerates these changes. Ever since I put the long arm kit on the frame side, rear lower control arm mounts have been a real pain on steep breakover climbs. They hang down and catch rocks and stop me cold. It's a known problem and Nemesis actually makes a slider to weld on in front of the mounts that helps a bit. I added those before EJS and still got hung up. This is another spit ball I'm throwing at the wall but I'm hoping larger tires will give me the little extra clearance that I need so I sold my 39s and pulled the plug on some 40" Mickey Thompson stickies. I don't drive that much on the road and think they'll be fine. They are truer to a 40" tire so I'm planning on and extra 3/4 to 1" difference in height. You can see the mount and slider in the side view pic below.

I ran into this exact same problem on the LJ. When it came time to build a JK, I went with long front arms, and short rears. It worked out much better for me.

I agree, that would have eliminated this problem. A friend has the short arm kit and he gets some rear steer on obstacles like the Escalator that I don't get. I think the only real fix is to relocated the fuel cell to the rear and add a true triangulated 4 link.

EJS problem #2, the approach angle. The other problem that I've dealt with for a while, but EJS highlighted, was the approach angle. I had quit attempting some obstacles because I knew I'd hit the front bumper before ever getting the front tires on rock. I knew that meant ditching the factory Rubicon switch operated sway bar and chopping the frame. The chopping began this weekend.

Loving the test fit so far. All of the new mounting holes are drilled. Now I need to find new homes for the trans cooler and the PSC steering cooler. BTW, I always liked the old bumper and winch and they're going to look great on my son's 2018 JK.

Whatcha doing for a sway bar?

Whatcha doing for a sway bar?
Click to expand...

I bought one of these at EJS when I decided to go down this road. It was over $100 off. 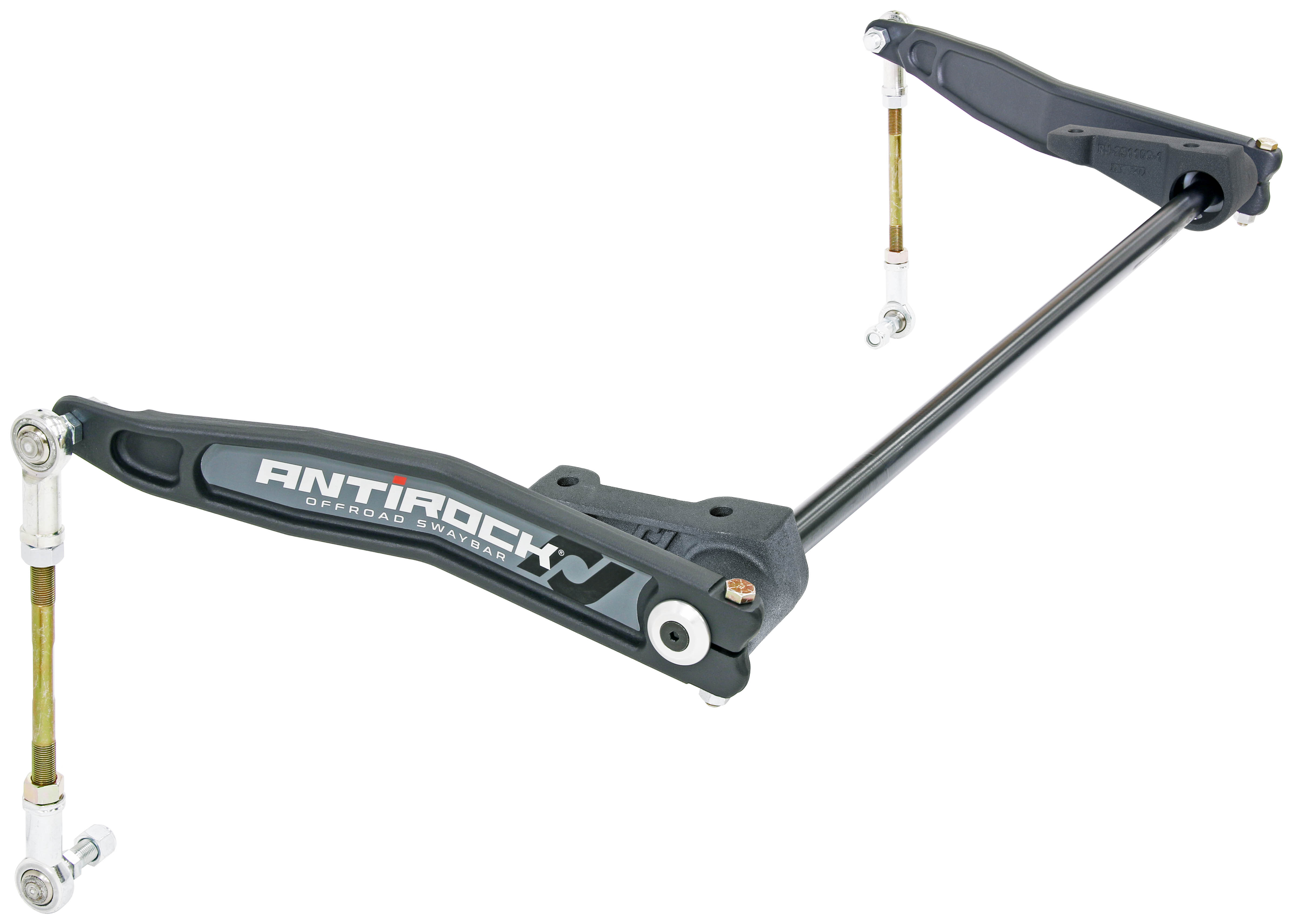 DetailsThe RockJock Antirock Sway Bar Kit for the front of all Jeep JK models helps free up suspension articulation to increase off-road traction. The Antirock sway bar easily bolts on with hand tools and is designed to directly replace the vehicle’s stock front sway bar. The Antirock does not...