When I bought my Trooper six and a half years ago, I got it for the primary purpose of getting out to explore the vast backcountry of Utah. In that time I have traveled thousands of miles of dirt with it, never doubting it would get me to my destination and back. I've done some mild modifications, lift, transfer case gears, and a few other odds and ends; but other than that it is completely stock. So when I noticed an odd noise coming from the engine a bit ago I was more sad than anything. At 234,000 miles, only around 50,000 of those being mine, I was hoping that the engine would last a bit longer. But, not knowing its maintenance history before I got it, I suppose I can't be too surprised. I diagnosed the issue as a rod bearing, so not an easy fix. I was looking at the prospect of either rebuilding the motor or getting something new to replace the Trooper as my primary exploration vehicle. 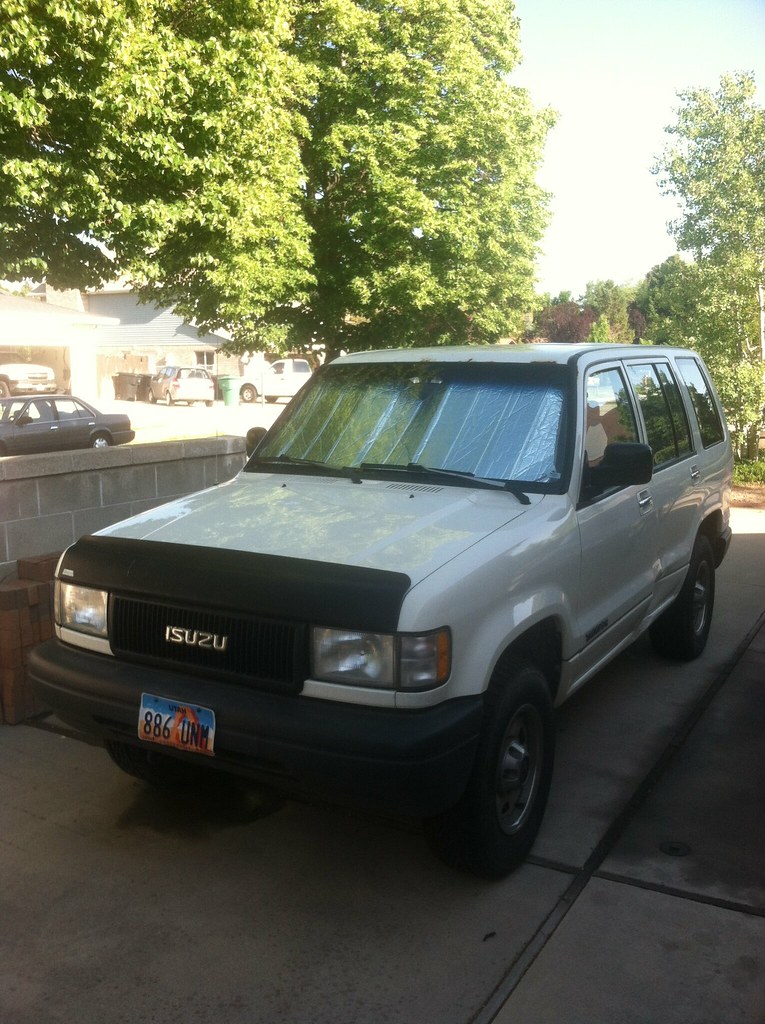 How it was when I bought it. 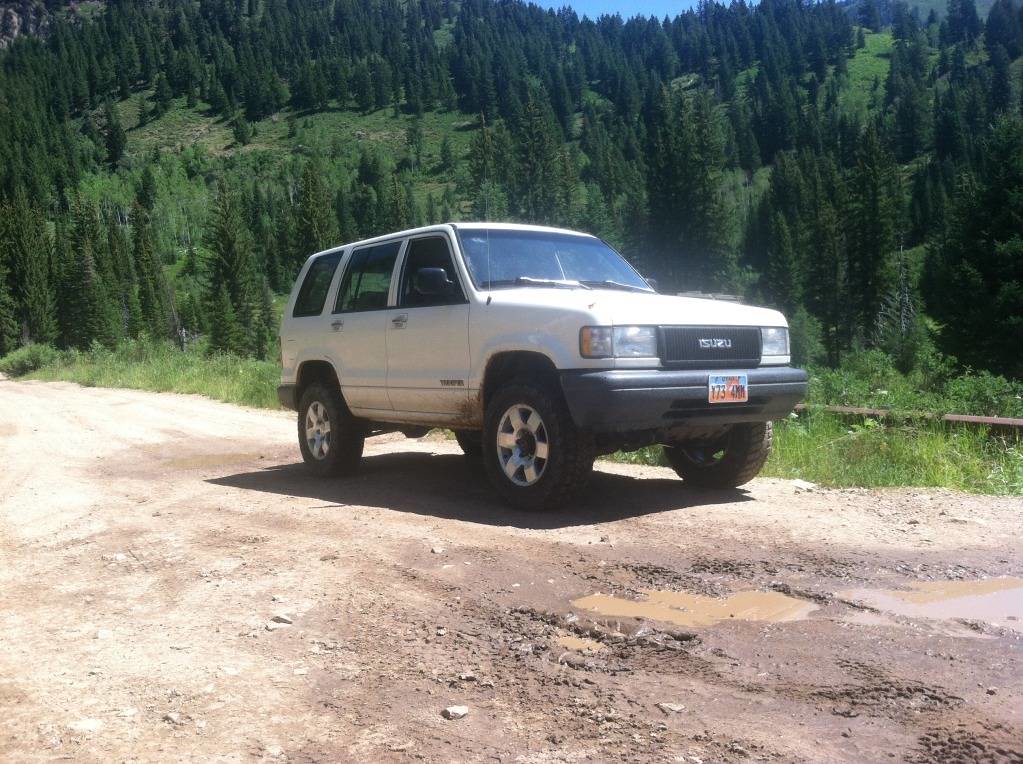 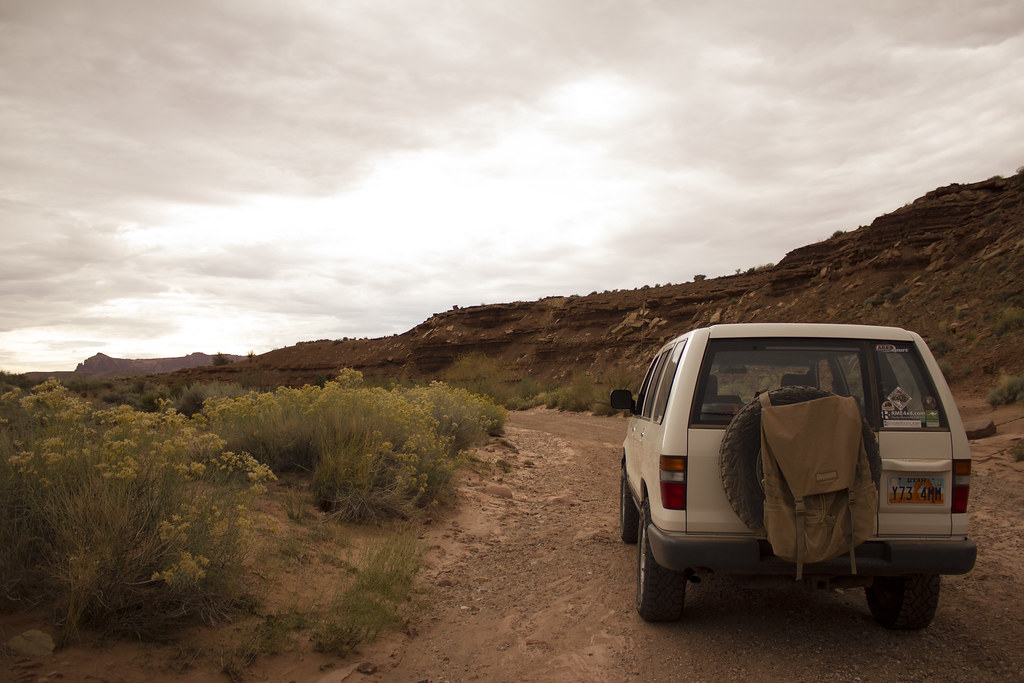 
I spent some time thinking about it. The Trooper is nearly 25 years old; but it has been the perfect vehicle for me. It has plenty of power, capability, space, and comfort. And even looking down the barrel at spending around $3,000 to rebuild the motor; there isn't another vehicle out there that matches it for the cost. I'd dreamed of one day replacing the Trooper with a Mercedes Gelandewagen or a Nissan Y62 Patrol; but at this juncture they are a bit out of my price bracket. I could find an 80-series Land Cruiser for around what I'd be willing to spend, but in so many ways they're a downgrade from a Trooper. A 100-series is more in line with the Trooper, but people think they are gold.

At the end of the day, it really was a no brainer for me to dive in on rebuilding the engine. But by committing to that path, I'm also committing to having this vehicle for another five to ten years. That means it cannot be simply rebuilding the engine, this needs to be a comprehensive refresh of the vehicle. I will do this in the following phases:

The Isuzu 6V1D engine is a solid motor, particularly when mated to a manual transmission. Making 175hp and 188lb-ft of torque I've never felt that it was lacking. But, if I'm going to rebuild it may as well make some improvements. After reading through some very excellent posts discussing DOHC swaps and using the SOHC single chamber to gain a little bit better airflow and low end power I figured that'd be a pretty good upgrade to pursue. While reading about that setup, I also came across the idea of swapping the stock Multec-1 injectors with Multec-2 injectors from later model 3.2L and 3.5L Isuzu engines. This is supposed to increase efficiency and again, gain a little bit of power. With these small upgrades, I should be getting closer to 200hp and 200lb-ft of torque; not an insignificant increase! All the while, keeping the engine efficient and reliable.

While I have the engine out, I'll also be replacing the AC, power steering pump, alternator, clutch and all the associated wear components so that everything is as fresh and new as possible. I'm also going to be adding a secondary fuse block for all my add on accessories like the fridge and HAM.

What's the point of having a car drive like new if it doesn't look new? I don't have a lot of rust, but I will be eliminating what I have. With the rust gone, I think the Trooper would look excellent in Toyota Quicksand with black along the lower quarter. I also will be tinting the windows and replacing all the exterior lights with LED's.

For armor, I'll be building custom front and rear bumpers and modifying some Rocky-Road Outfitter rockrails I've been sitting on for years. Since I rerouted my exhaust last year, I'm also going to be building a new skidplate to protect the tranny and t-case.

I've enjoyed the Scepter can holder Carl built for me a few years ago, but I want to make some improvements to it and maybe build one that holds two cans. That way I can carry 10 gallons of extra fuel or five of fuel and five of water. I'm also toying with the idea of getting a 35 gallon Long Range Automotive fuel tank.

Finally, new badges. I figure I'll make some new slightly more modern looking "Trooper" and "Isuzu" badges. Because I have access to a vinyl cutter and why not?

All interior lights will be changed to LED. I have a BlueTooth stereo at the moment, but I'm not too happy with it; so I'm going to find a better one. I have a iPad Mini mounted up for GPS duty, but I'll be plugging that directly into the new stereo via a rear USB port and using it more like a full "infotainment" center. I never use my CB anymore, so that's going away and I'll be upgrading my 25-watt HAM with a 50-watt unit. I'll be adding another 12-volt power outlet in the lower part of the dash and a few USB ports in the center console for charging devices.

In the rear I already have two 12-volt outlets on the passenger side, one of which is a dedicated port for my fridge. I'm going to put another outlet and a couple USB ports on the driver's side.

What's in a name? Everyone calls their Trooper a "Super Trooper", so I couldn't do that. I got to thinking; there was the "Fortress", the "Superfortress" and finally the "Stratofortress" in Boeings line of large strategic bombers. Additionally, the B-52 Stratofortress is the longest serving aircraft in the USAF inventory, and over its long history has gone through many modifications and upgrades to keep it relevant. And now it looks like it will be serving well into the 2050's, 100 years after it first flew.

This project will take time, but I hope to have the vast majority of it completed by next fall. And once complete, much like its namesake, the refreshed Stratotrooper should serve me well for years to come.
Last edited: Sep 21, 2018
Stephen Nielson

After a few days of prep work, the engine came out of the Trooper on August 27th. 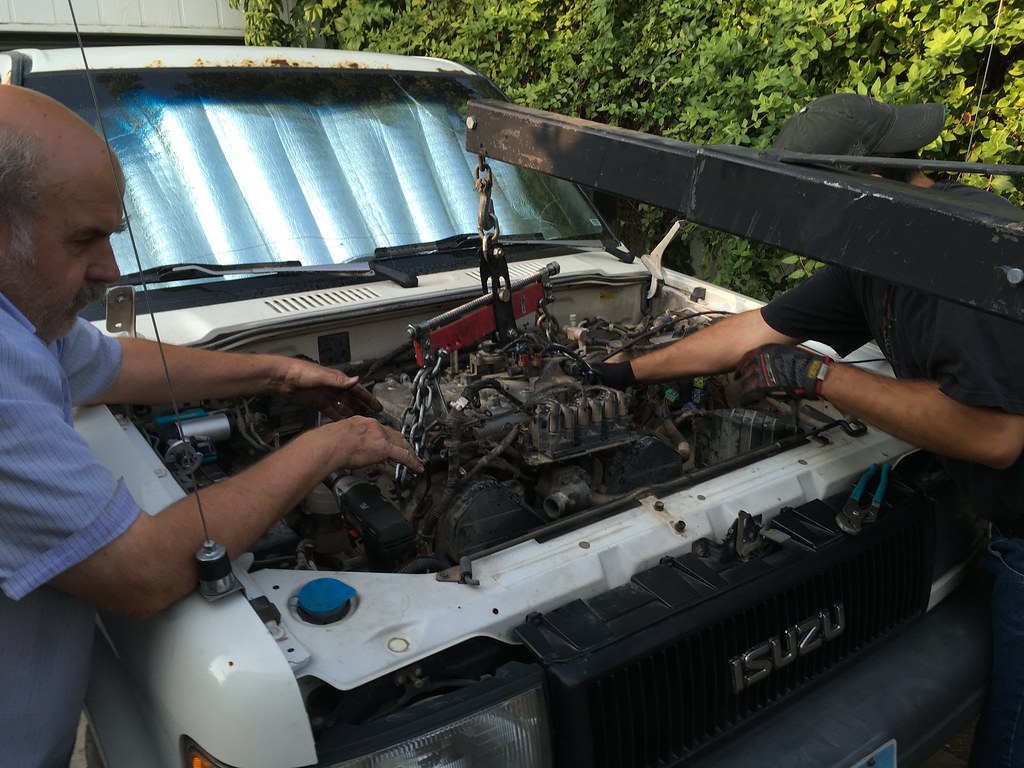 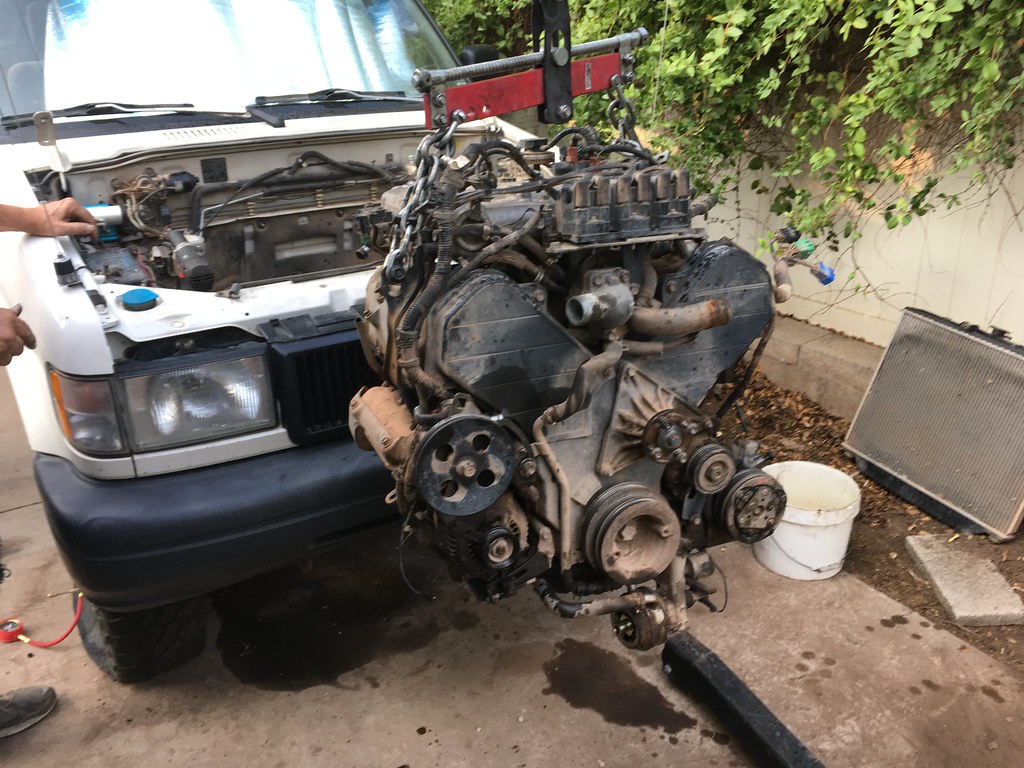 I then spent the next few days stripping it down to the long block. While that was happening, I was also in search of a set of DOHC heads. After a few failed attempts with full service yards around the country I finally accepted the old adage that if you want something done right, you've got to do it yourself and headed down to a yard in Provo to pull a set there. Five hours and one stripped head bolt later I had a sweet set of heads for only $100 and the engine was off to the machine shop! 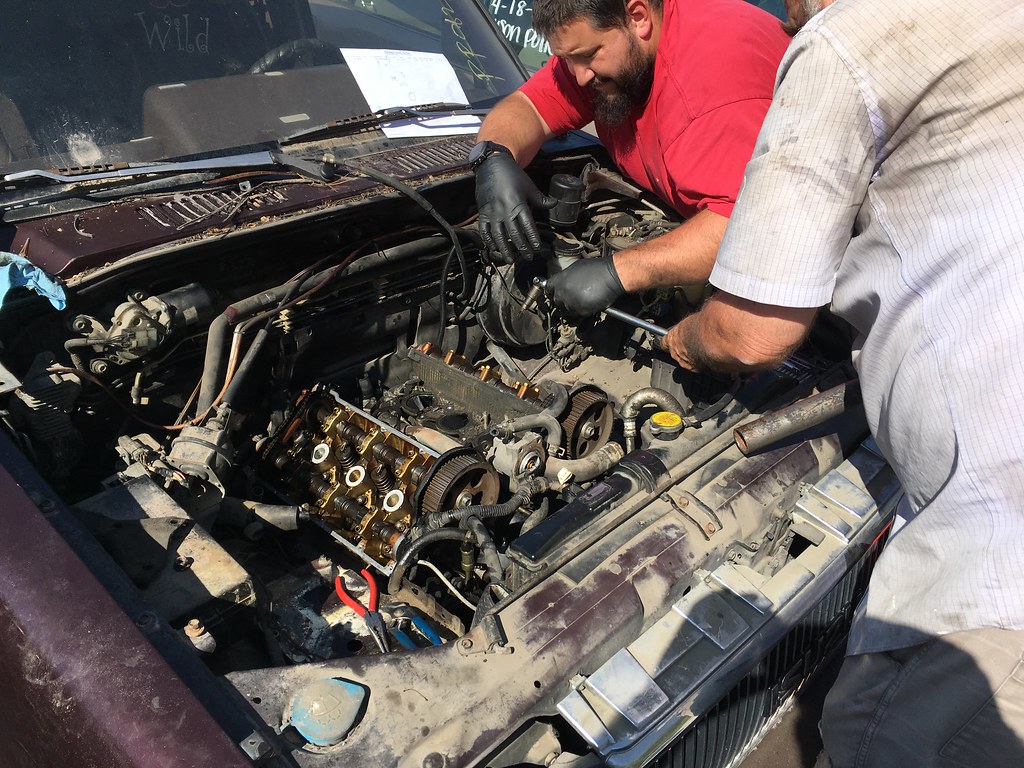 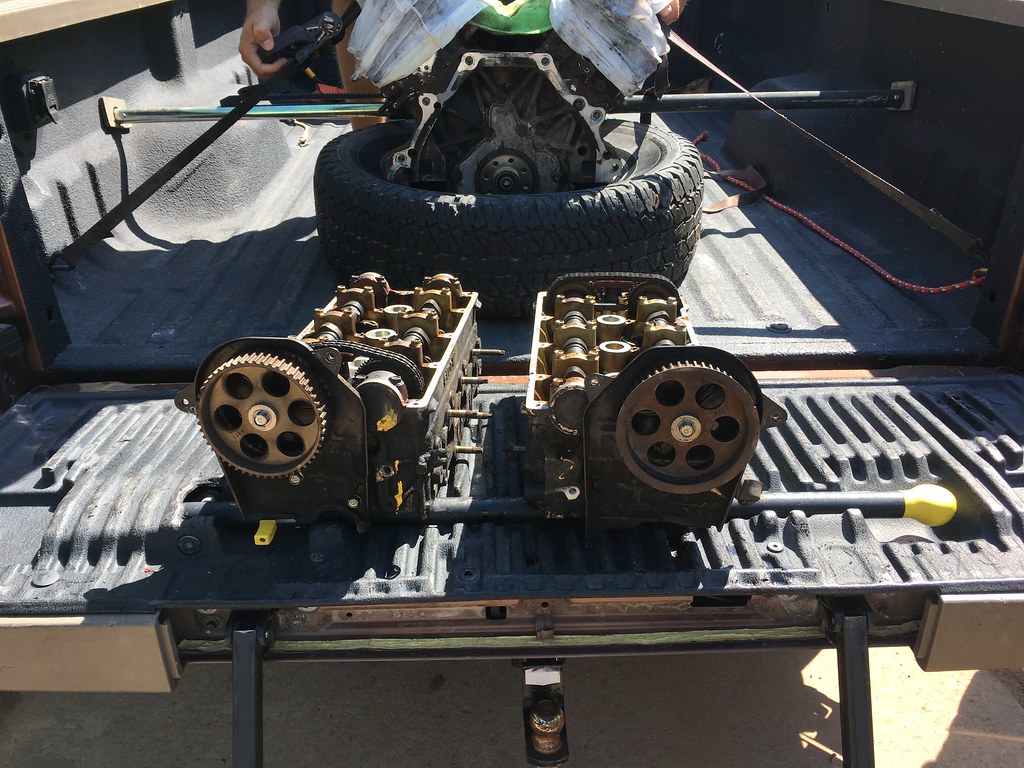 The machine shop said it would take three to four weeks, so that has given me plenty of time to do things like clean the engine compartment and parts as well as rerun some wiring. Amazing how much easier all that is without the engine in the way!
Last edited: Sep 21, 2018
Stephen Nielson

Love seeing some upgrades to an Isuzu. Maybe you can do my engine when it needs it

All hail the king of polishing turds!

Seriously though, this should be cool for a long time after this.
Carl

Think it's cool your dad always seems involved in your projects. Hope all turns out well
www.u4wda.org

Sounds like and adventure Stephen. What did you end up replacing your Kamikaze with?
Nate Roper
2007 LX470
KO2s, Sliders, Ham, Roof Rack, RTT
W6NDR

Pike2350 said:
Love seeing some upgrades to an Isuzu. Maybe you can do my engine when it needs it
Click to expand...

Got a couple lined up before yours! What do you have?


mbryson said:
Think it's cool your dad always seems involved in your projects. Hope all turns out well
Click to expand...

Wouldn't be able to do most of them without his help, thats the truth!


Troop92 said:
Awesome. I have very few vehicular regrets, but selling my Trooper is definitely one of them.
Click to expand...

They're awesome, underrated rigs. They are getting a bit harder to find, but you can always pick up another one!


nnnnnate said:
Sounds like and adventure Stephen. What did you end up replacing your Kamikaze with?
Click to expand...

You mean the Kizashi? Nothing, still have it. Been competing in SCCA Solo events with it all summer.
Stephen Nielson

Stephen said:
Got a couple lined up before yours! What do you have?
Click to expand...

ive got a 96' Rodeo. Same engine.... luckily ive only got about 110k on mine so i'm going it will last quite a bit longer. I just need to use it more

Stephen said:
They're awesome, underrated rigs. They are getting a bit harder to find, but you can always pick up another one!
Click to expand...

"I could find an 80-series Land Cruiser for around what I'd be willing to spend, but in so many ways they're a downgrade from a Trooper."

SAMI said:
"I could find an 80-series Land Cruiser for around what I'd be willing to spend, but in so many ways they're a downgrade from a Trooper."

For what I'd have been willing to spend, around $3,000, I would have found an 80 with 300k+ miles and beat to crap. So from a value perspective, it was a downgrade right away. Even with having to do an engine rebuild, my Trooper is in better shape than any 80 I likely could have found for what I was willing to spend. Additionally, they have an engine that isn't nearly as smooth as the Troopers; solid axles are cool for crawling, but for the exploring I do, the IFS setup on the Trooper is vastly more comfortable in my experience (I've spent a fair amount of time in both vehicles), and the interior on an 80 is way more cramped than a Trooper. So in my book it would have been a downgrade. For you, maybe not.
Stephen Nielson

Good choice keeping the Trooper. Looking forward to this build. So cool the dohc swap is relatively easy.

I hunted down a set of Multec-2 injectors and sent them off to Mr. Injector to be rebuilt. This is a part of the project that I'm excited about. As I mentioned before, this sounds like it is a great upgrade. To make this swap work, you really just need the injectors and a set of adapter wires. Everything else swaps right over from the old Multec-1 injectors and fits right into the fuel rail and intake manifold. 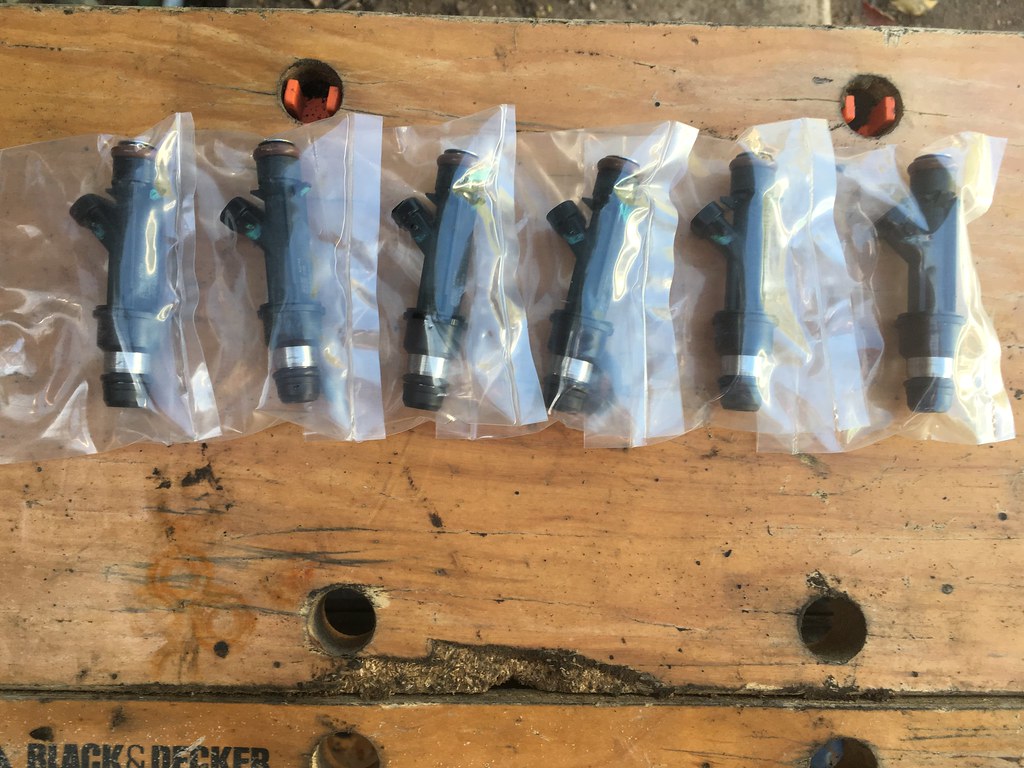 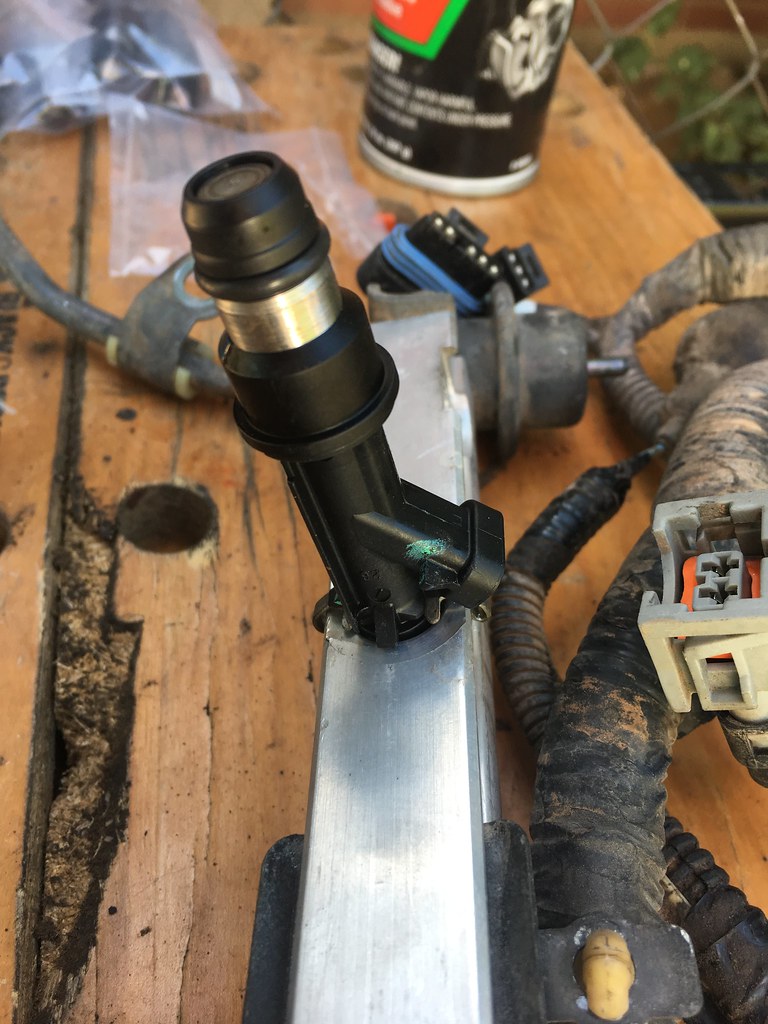 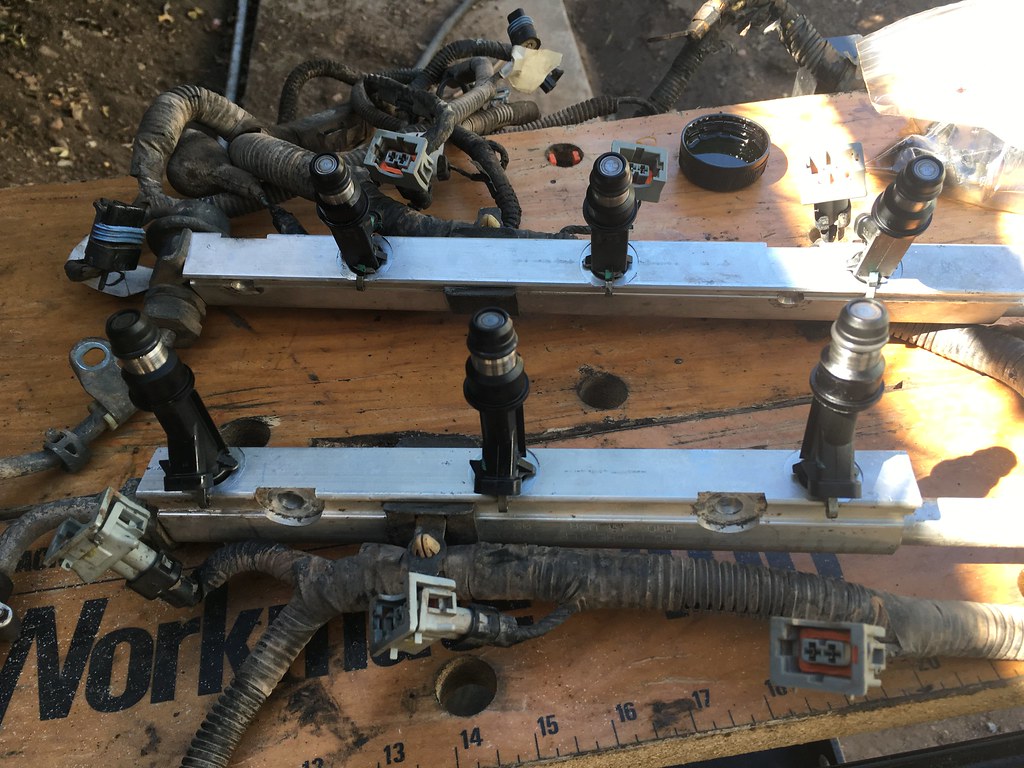 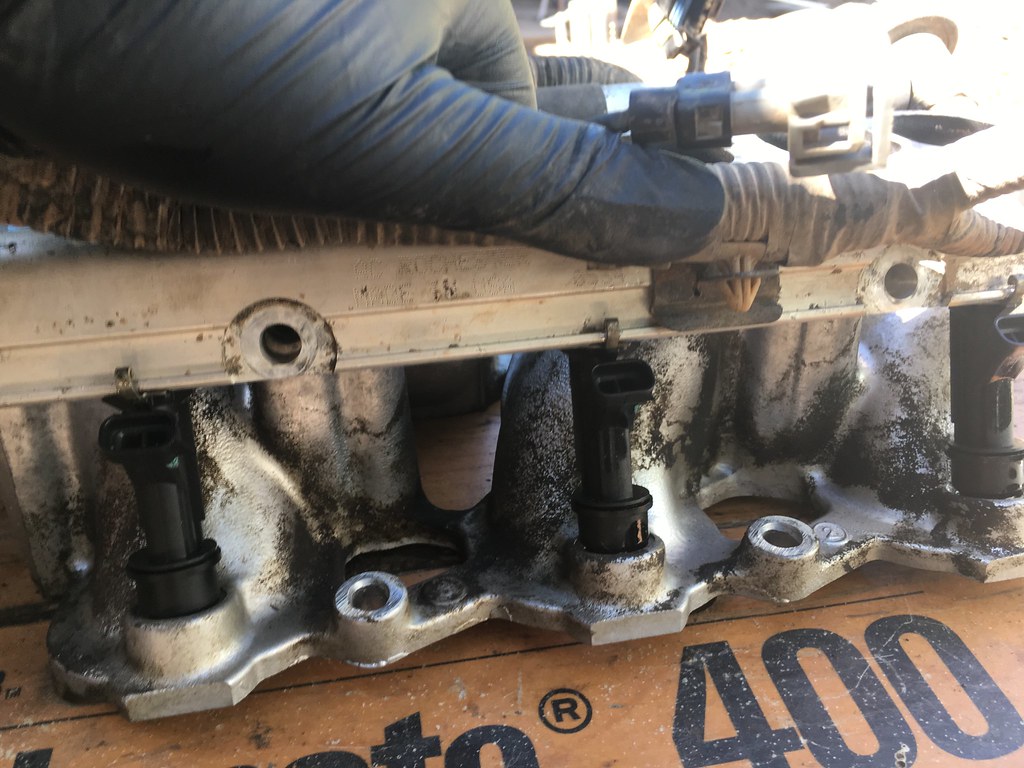 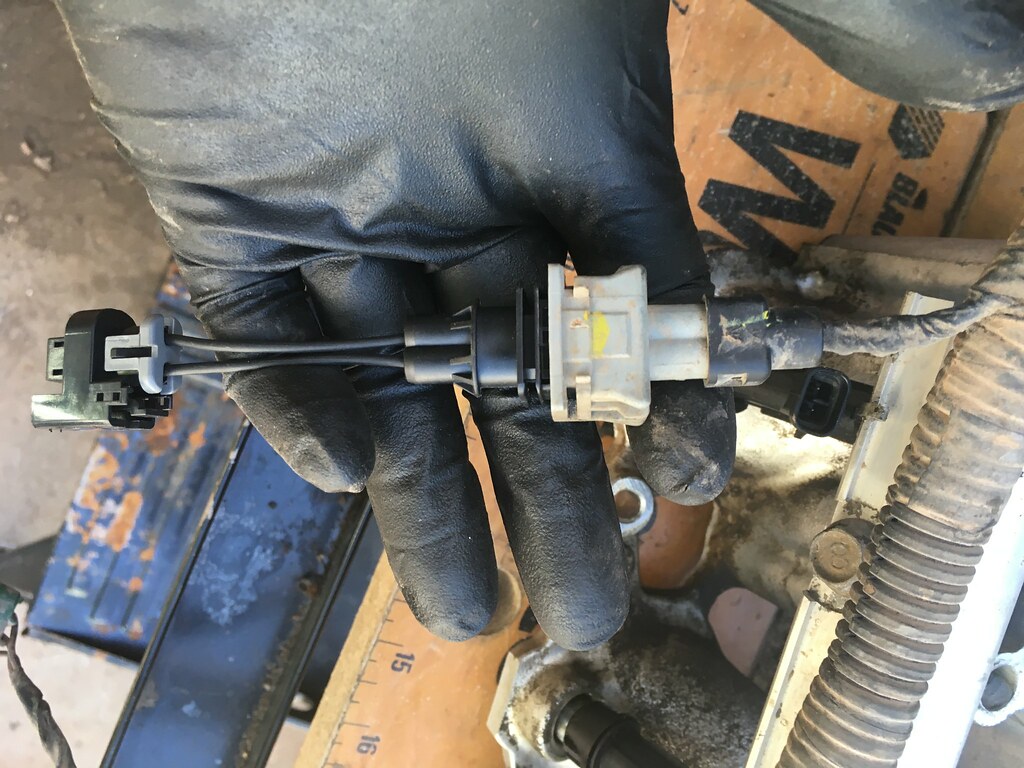 Basically the only things that are different are the timing belt tensioners and the timing belt covers. Everything else bolts right up. The ECU for the SOHC and DOHC are the same on pre-OBDII cars so it litterally is just plug and play.
Stephen Nielson

Ha! Yea, SAS is not on the docket. Trying to keep the rebuild pretty close to stock to maintain reliability. And SAS is WAY outside my skill level! I'm no Carl!
Stephen Nielson

I'm a firm believer, if you dream it you can do it.