Was there a travel plan released for the original Bears Ears? 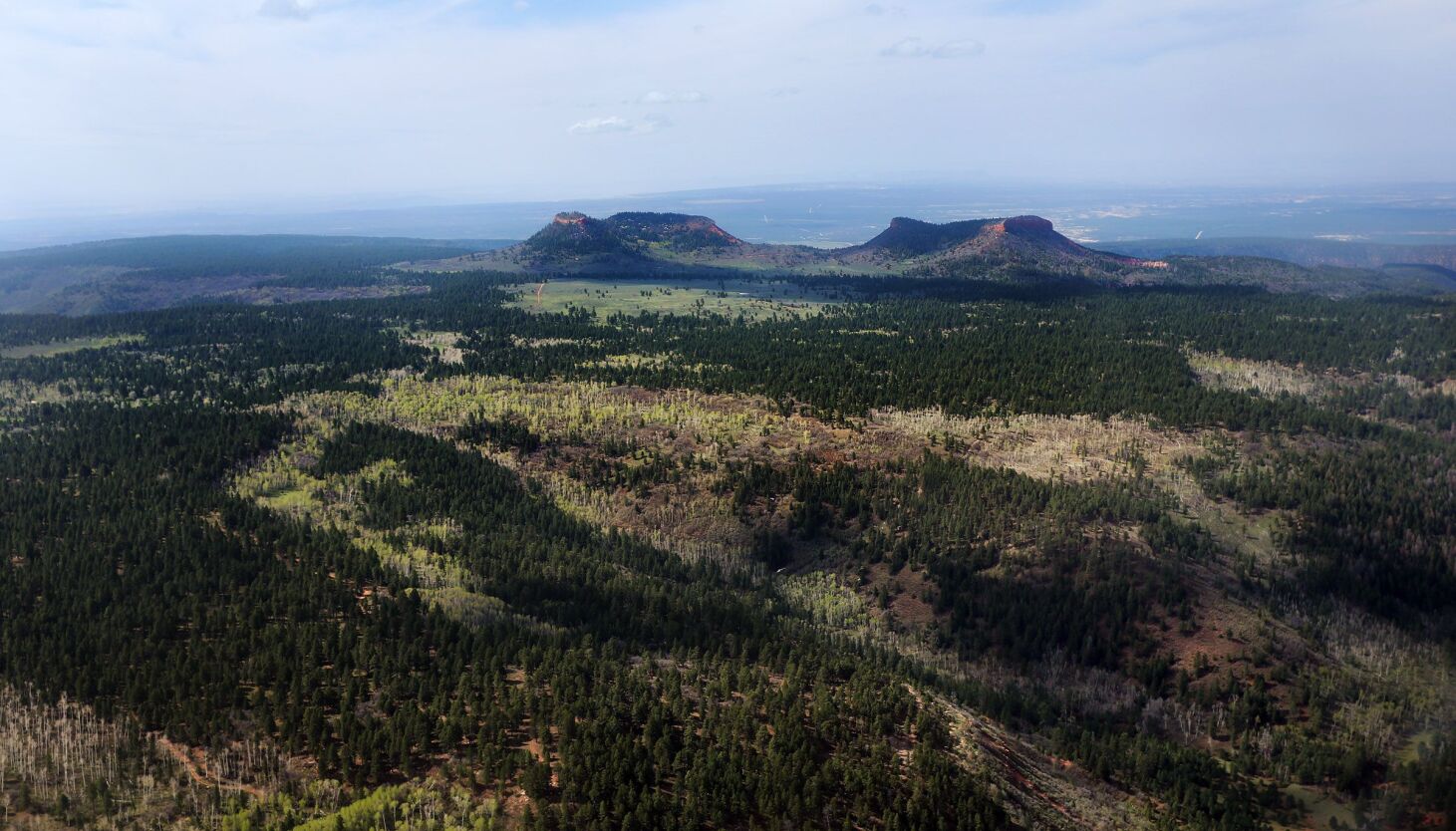 ‘President Biden’s proclamation perpetuates a cycle of abuse under the Antiquities Act, which ignores the rights and the will of Utahns’


As a congressional delegation, we stand united in opposing the unilateral expansion of Bears Ears and Grand Staircase-Escalante national monuments by way of President Joe Biden’s divisive proclamation. From the beginning of his presidency, we have been clear about our willingness to work with him on a permanent legislative solution. It is disappointing that these calls were ignored, and a route was chosen that will only delay needed permanent protections and resources for these areas.

Unfortunately, Biden’s proclamation perpetuates a cycle of abuse under the Antiquities Act, which ignores the rights and the will of Utahns, to the detriment of the lands and those whose lives are most intertwined with them.

While the Antiquities Act was drafted with good intentions — to preserve objects of historic and cultural importance — President Bill Clinton kicked off the pattern of abuse in Utah in 1996 when he created the Grand Staircase-Escalante National Monument. With the simple stroke of a pen at an out-of-state photo op, he instantly transformed 1.8 million acres of productive land into a national monument even though Utah’s governor, bipartisan federal delegation and the overwhelming majority of our citizens were firmly opposed.

In 2016, President Barack Obama designated Bears Ears National Monument in a similar manner. In the middle of the Christmas holiday, he swept over 1.3 million acres of land in San Juan County — the poorest county of Utah — into a new national monument overnight, once again despite opposition from Utah’s governor and federal delegation, and once again without local input.

The result of these massive designations under the Antiquities Act? Vast swaths of land are locked up without effectively protecting historic or cultural objects.


With stroke of his pen, Biden restores Utah’s monuments. Here’s 5 things you need to know​

Welcome to the state of limbo: Fear and uncertainty in Bears Ears area about future of land, way of life​

In the case of Bears Ears, drawing a circle on a map the size of Delaware and claiming “conservation” does not protect the land, especially when the proclamation does not bring any new financial resources to the area. In fact, it actually causes more damage to the land by drawing a bull’s-eye for looters and countless tourists to find an area rich in Native American artifacts and antiquities to steal or damage, with effectively zero chance of being caught. Furthermore, it fails to include the crucial input and involvement of local tribes in protecting and highlighting their own cultural heritage.

The lands are overseen by bureaucrats thousands of miles away in Washington, and the very people whose lives are most affected — and who are in the best position to care for and manage the lands — are denied any say in the process.

Since Biden’s announcement that a review would be conducted regarding these monuments, Utah’s delegation has worked to ensure that local voices are heard in the review and to seek a legislative solution that would more effectively protect sensitive resources and ensure continued access to the lands.

Every step of the way, we have engaged to provide a legislative solution to codify appropriate boundaries to these national monuments and provide statutory certainty for all sides. This was — along with Utah’s governor, lieutenant governor, president of the Senate, speaker of the House and attorney general — expressly communicated in a letter to the Biden administration this past February.

In addition to providing long-term certainty, legislation would have allowed Congress to explore creative solutions to better reflect the input of a variety of stakeholders, such as tribal governments, ranchers, recreationists and conservationists to clarify allowable uses of the land, to help the struggling economies of these counties and to end the back-and-forth over the monuments’ boundaries and management.

Unfortunately, despite our engagement, Biden rejected this opportunity.

Despite his proclamation on the campaign trail to unite America, the review of the monuments he ordered to be conducted by Secretary of the Interior Deb Haaland sought the express input of only the “Attorney General, Secretaries of Agriculture and Commerce, the Chair of the Council of Environmental Equality, and Tribal governments.” Notably, Congress and local officials were not included.


Zinke: No question Bears Ears should be preserved, but how?​

We invited Haaland to Utah so that she could hear directly from the people who a monument designation would most affect. Though she met with some state and local leaders, it is now clear that it was not because Biden intended to listen to their concerns.

Biden has instead chosen to continue the path of ignoring the concerns of Utahns themselves and proceeding without congressional approval.

That does not mean, however, that we will give up the fight to protect Utah from abuses under the Antiquities Act.

In fact, Chief Justice John Roberts recently signaled a willingness to reconsider the status quo, writing that the law has become “transformed into a power without any discernible limit to set aside vast and amorphous expanses of terrain above and below the sea.”

Gov. Spencer Cox and Attorney General Sean Reyes announced that the state will likely sue the federal government if Biden enlarges the monuments absent approval from Congress, a step we commend.

For years, we have fought to give Utahns a say in the care and the management of our lands. Biden had the opportunity to give us just that. Though he has so far passed that up, we will not stop making sure Utahns’ voices are heard loud and clear.