This isn’t helping my wanting a new bike at all
Click to expand...

I know a guy

anderson750 said:
The new starters are much better. You shouldn't have to worry about that with the new Albino.
Click to expand...

I've been going through the new bike prepping for mesquite. They did a lot of things better. Oil drain plug on the kickstand side that drains straight down to a pan and and oil fill plug that doesn't require a funnel are two really noticeable changes.

New parts all showed today. New starter from DB electrical and everything else from Slavens.

Install was pretty straight forward. Checked the backlash on the idler gear and it didn’t need a shim.

I was blown away by just the obvious noise of how much faster it was cranking. It took about 3 seconds of cranking on the cold motor with the choke on to start. Color me impressed. This vid is after running the engine just a couple minutes.

Glad you were able to fix your starter. I have dB Electric on speed dial now.

Ive got the 07 300 and that looks like a nice feature You'll are spoiled!

I think I have resolved most of the Husky Mikuni carb issues. As Paul and Stratton have pointed out there are some issues. Mine was running rich stock as expected. I had some lean popping in the mid and assumed it needed the clip lowered to raise the needle. Well that made it much worse.
Once I got it home I dropped the main from a 450 to a 440. Rode it around the field by my house and it was rich in the bottom and felt lean on top, power was not smooth.

I found some info on how Graham Jarvis sets up a Mikuni so I performed all his stated mod.
First the drain plug in the bowl where the main jet sits has a plastic baffle over it that nearly seals it. The float has to fill above it and fill the plug through three little holes. They are smaller than the main so it starves. The bowl however has holes in is that would fill the plug. See picture.

Also in the picture you can see the overflow tube has been bent more vertical and pinched off slightly. This is supposed to combat the leaking overflow from the float being set so high.

I drilled 1/16" holes (6 total) in the plug and opened the 3 baffle holes to 1/16". I slightly pinched the overflow tube tool. I checked my float height and it was 6mm. Not sure it that is good or not, I didn't adjust it. As a last stab I also looped the overflow tube as JD Jettings kit instructs.

I installed a 420 main and found I already had a 25 pilot jet stock. The 43-75 needle is on the 2nd clip from the top.
I then filled the notch in the slide slightly larger (.20" diameter round file).
Stock

This is supposed to help the transition from idle to the pilot.
Lastly I checked the stock reeds. This is what I found.

So V-force reeds were ordered and installed.

I warmed it up in the garage and took it around the neighborhood but thanks to our last storm it wasn't a very thorough test. Seems way better transition from idle to the pilot and the top is super clean without ever falling off.
Mesquite will be the real test.

I'm working on it Rose

I filed a larger opening in my slide......don't know if it makes it any better than what you will find with yours. My reeds looked exactly like that. I think Husky got a bad batch of reeds. I submitted a warranty claim on mine, and never heard back, but it is pointless since I upgraded to the the V4 reeds. Did you order the jet block gasket kit from JD Jetting? As new as your bike is, I highly doubt your gasket has moved out of position, but that solved all of my jetting issues and my bike runs great.

I wish I has a $10K bike that had to be modified just to run right..

anderson750 said:
I filed a larger opening in my slide......don't know if it makes it any better than what you will find with yours. My reeds looked exactly like that. I think Husky got a bad batch of reeds. I submitted a warranty claim on mine, and never heard back, but it is pointless since I upgraded to the the V4 reeds. Did you order the jet block gasket kit from JD Jetting? As new as your bike is, I highly doubt your gasket has moved out of position, but that solved all of my jetting issues and my bike runs great.
Click to expand...

I ordered the block but it hasn't arrived yet.

jeeper said:
I wish I has a $10K bike that had to be modified just to run right..
Click to expand...

It ran as good as any blue bike right out of the box. It's that little bit of extra that takes the most effort to get. And it was only 9.5K!

glockman said:
It ran as good as any blue bike right out of the box.
Click to expand...

Lies. Nothing runs better than a Yamaha. It's not possible.

If I recall Stratton had good reeds, Paul's were bad.

Mine wasn't all the way failed.

Drilled the holes to line up with the bowl

Opened the baffle holes to 1/16" also


I still think I need to go leaner on the idle maybe 22.5

What link gaurd are you guys running? I ran an Obie on my last bike and it held up well. However the one listed for the TX with tmd plate is $90. I'm looking at this one. 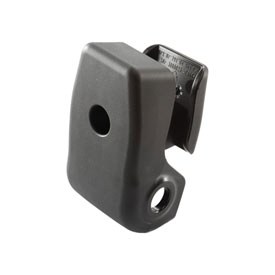 The Husqvarna Linkage Guard is a lightweight durable option for riders looking for additional protection while riding off-road. *Protects linkage from damage. *Simple and quick assembly.

The one attached to my skid plate already.

Gravy said:
The one attached to my skid plate already.
Click to expand...

I thought i ordered the same plate as you but apparently not, mine doesn't have the link guard.

I’ve been suspect of my top end for quite awhile now. Seems like power has been lacking a little. And sometimes it’s hard to start

At the end of the last ride it literally did not want to start. Starter ran fast so I figured compression was just gone.

When home I put the tester on it again. To my surprise it still showed 140 psi. Which I’ve read is not really all that low for our elevation and I don’t have a 3/4” reach tester so there is more volume in there as well

I have had the bike awhile and haven’t done a piston. So I decided I would tear it down.

At first glance everything looks totally fine. No scrapes or gouges in the piston or the cylinder. Some blow by marks but to be expected. I estimate 70 hours on this piston if the previous owner was honest. Guess he was.

Looking at the piston closer the rings have weird wear/flat marks on them. 2 spots. Both above the hole in the piston on either side.

I don’t see anything in the cylinder by either of these spots.

I'm working on it Rose